Support in Doncaster for breastfeeding mums…. 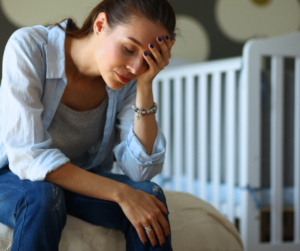 The survey aimed to find out how women were feeding their babies and how it made them feel. The results show that feeding babies is a complicated and emotional experience and the findings will be discussed on Woman’s Hour today, Tuesday 29th January

For me, complicated and emotional are good words to describe it. Breastfeeding was tougher than I ever imagined at first. Mainly the pain! We got off to a good start, but a day or two in, pain! No-one had warned me about the pain, I guess not everyone has pain, but I did and it was real for the first few weeks with both of my children. Worse with the second due to his tongue tie.

The reality was a far cry from the blissful images of calm mothers nursing their children. However, I asked for help and I got it… help given over the phone and in person by a member of the local breastfeeding support team. I was advised to go to a breast feeding support group when my eldest child was 7 days old, which as a first time mum seemed such a mammoth task. It was my first trip out in the car alone with my newborn, it was icy, she hadn’t been sleeping well at all, I got lost…but I got there and literally spent the whole hour there feeding. Seeing other people in the same position really helped and it was good to get their assurance that it would get better.  Friends made in those early days are still friends now!

Doncaster has a lot of support for mums trying to breastfeed and I have added some information to the Doncaster Mumbler website here to point people in the right direction. Trained volunteers from the local midwifery or health visiting team can offer a range of support including advice on positioning, attachment and hand expressing. There are also Breast Start Groups and First Friends Groups, that provide a support network and friendly environment. For me, my local breastfeeding support group was a lifeline. Not just volunteers from the breastfeeding team, but other mums were always there and always able to help or give advice. Simple things like making sure I was comfortable and had a cup of tea were amazing, plus having a conversation whilst I fed my baby made  lot of difference.

The poll also suggests that three in ten women who formula-fed their baby (either exclusively or in addition to breastfeeding) say they agree that they would have liked to have breastfed but felt embarrassed to do so in public – that’s 30% of women. One of the major battles that mums face is ‘where to breastfeed’. I felt comfortable in a breastfeeding group, but resisted going out and about in the early days as I didn’t like feeding in public particularly. Not an uncommon feeling.

Doncaster Council are working hard with local businesses on their forthcoming ‘We Support Our Mums‘ scheme, which will support mums to breastfeed whilst out and about in Doncaster, helping them to feel more comfortable and less embarrassed. Venues across Doncaster such as cafes, libraries and leisure centres are all showing support and commitment that members of staff will be supportive. Sometimes it can be the little things such as offering a drink or assistance that makes a difference, or even simply for staff not be afraid to start a conversation with a breastfeeding mum.

Breastfeeding isn’t possible for everyone for many reasons and the poll indicates that this can often have a negative effect on a mother’s mental health, with those who struggle repeatedly mentioning feeling like a failure as a result. Ultimately the poll exposes the impact that healthcare professionals, family and friends can have on the whole experience. Karen Dalziel, Editor of Woman’s Hour says ” We hope our findings will be useful in guiding appropriate interventions that support women”. If you have a view on this, there is an opportunity for listeners to share their experience via a phone-in on Wednesday 30th January at 10am, which will be broadcast on both Radio 4 and BBC Radio Sheffield.

Woman’s Hour broadcasts on BBC Radio 4 at 10am Mondays to Fridays and 4pm Saturdays. The daily podcast can be downloaded here.

Try the Breastfeeding Friend from Start4Life, available on Amazon Alexa and Google Home

See the weekly playgroups and activities area in Doncaster Mumbler for ideas of where to go and meet other new mums.