With the opening of the new entrance off Hurst Lane, near Doncaster Sheffield Airport, visitors will see the preliminary phase of the Yorkshire Hive development taking shape and during 2021 more attractions, restaurants and shopping will open.  We’ll start to see even more in this development over the next two years – exciting!

So what’s new for families visiting the Yorkshire Wildlife Park in 2021?

A pair of recently arrived Lowland Tapir, Maned Wolves and a pack of Bush Dogs will make their debut in the new reserve Atlantic Forest, which is the first of the reserves to open in 2021 as part of the continuing expansion. 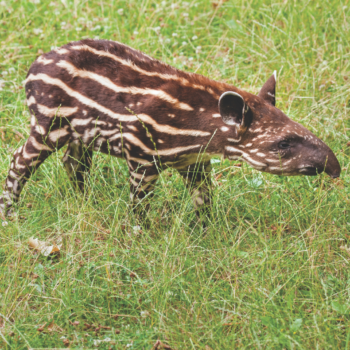 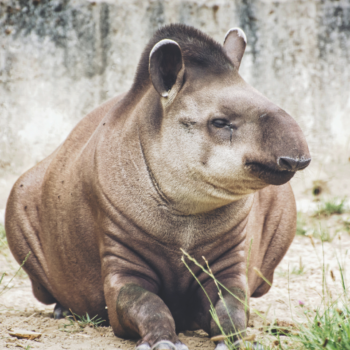 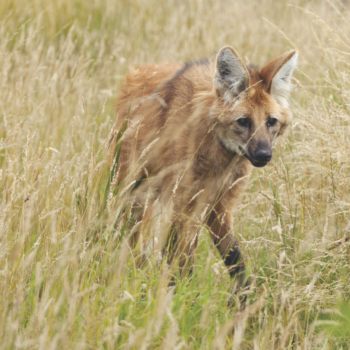 The maned wolf (Chrysocyon brachyus) is the most striking of the new arrivals. Having evolved to live in high grass savannas, the long-legged maned wolves have a thick red coat, distinctive black markings and tall, erect ears. It is the largest canid of South America. Though It looks more like a long-legged fox than a wolf, genetic studies show that it is neither fox nor a true wolf, but a distinct species. Weighing up to 30kg, they are endemic to Brazil, Bolivia, Argentina and Paraguay. YWP’s new residents are Ibera, a two-year-old female who has come from Nuremburg Zoo in Germany and Axenus, a four-year-old male from Paignton Zoo.

They are solitary animals in the wild, so do not live-in packs nor do they howl. Instead, they communicate through scent marking and with a loud call know as roar-barking. They will tap their front foot on the ground to flush out prey from the grass and will jump up on their long legs to catch birds in flight. Although classified as carnivores, they are omnivores and in the wild up to 40% of their diet can be fruit. The maned wolf is classified as near threatened as the population is declining and fragmented as their habitat reduces.

Matilda and Luna, the two female Lowland tapir (Tapirus terrestris) aged 3 and 4 respectively, are settling in well and are sure to become firm favourites with rangers and visitors alike. Tapirs use their mobile flexible snouts to browse leaves and pick up fruits, but they are also great swimmers and use them as a snorkel. The spiky thick hair on the nape of the neck is to protect that vulnerable area which is exactly where jaguars would target their attack. Weighing up to 225kg and up to 1.8m in length, they are not small animals and are more closely related to rhinos or horses that pigs.

The third species to arrive in the Atlantic Forest is the active and curious bushdog (Speothos venaticus). Tiny Tim, the new resident male has been very recently joined by three females. They live and hunt in small family packs. Just 5 -8kg in weight, in the wild they live in the lowland forest, wet savannah and river habitats and have evolved partially webbed feet to help them swim better. Only the dominant pair will breed, and the rest of the pack are subordinate and will help rear and protect the cubs. They are carnivores and will hunt agouti, capybara and even larger prey such as rhea. They hunt during the day and hide in their dens at night away from jaguars. Their disappearing habitat means that they are now classified as near threatened.

NEW Shopping in the Hive

There is a new leisure shopping offer at the free-admission entrance. It is a mix of local independent shops and boutiques where you can browse for artisan food and drink, delicious sweet treats and confectionary, homeware, cards and accessories. There are also children’s clothes, African art and wildlife photography, plus new plants for the garden. 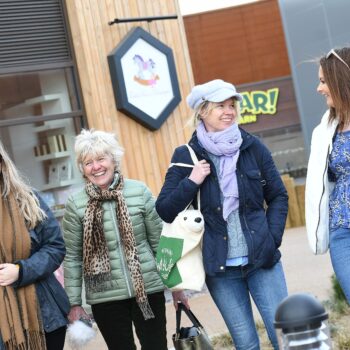 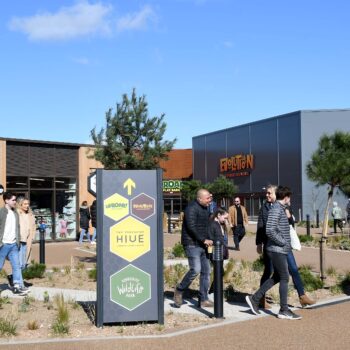 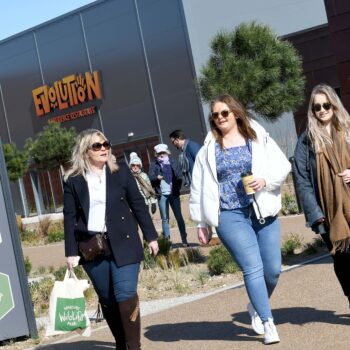 Here are the shops at Yorkshire Wildlife Park: