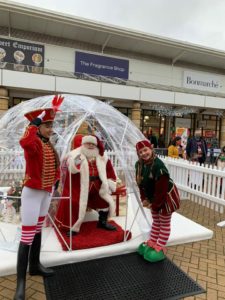 It just wouldn’t be Christmas without a visit from Santa Claus, would it?
Thankfully, we have it on good authority that Santa himself will be calling in at Lakeside Village this month, for a series of socially distanced surprise visits.
After what has been a tough year for Santa and his Elves, isolating at the North Pole, Santa has now been given special permission to travel during the Christmas period and he will be calling in at Lakeside Village on the following dates:
– Saturday 12 December
– Sunday 13 December
– Daily from 19-24 December
Unfortunately, he won’t be able to bring his grotto with him. However, along with his elves, he’ll be more than happy to pose for photographs from a safe distance. 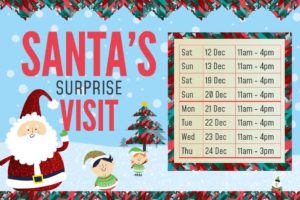