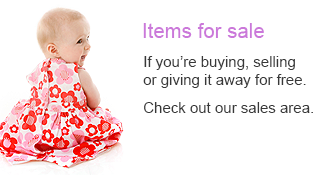 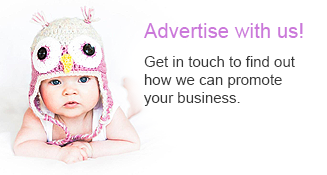 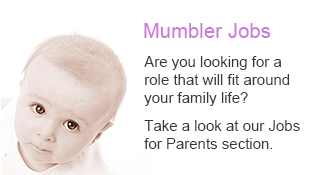 Thanks to Mumbler Vicki for reviewing the new Mud Mate!

“I received the Mud Mate in February and was keen to try it out straight away, typically we had the hottest February on record and no mud in sight! Thankfully March has been soggy so the Mud Mate has been busy.

My first opportunity came to after a dog walk presented me with a pair of muddy boots. I grabbed the Mud Mate and attached it to the only bottle I had at hand (an old fairy bottle) and got to work. I was pleased with how quickly the Mud came off, it was easy to use and what I found most impressive was that it only took one fairy bottle of water to clean both boots!

I packed up the Mud Mate in its handy box and put the fairy bottle with it in a bag in my car, ready for the next challenge. I took an extra 2l pop bottle of water to top up the washing up liquid bottle. After a visit to a local farm we had the opportunity to put the Mud Mate to the test.

We were in the car park and used the Mud Mate on the pushchair wheels before putting it in the car. I was glad that i packed more water as we did need it, but the brush effectively removed the mud from the wheels. It made such a difference being able to put the push chair back in the car clean. We now carry a small bag in the boot of the car; Mud Mate, fairy bottle (handy as you can squeeze it, then refill) and pop bottle for the extra water – it works a treat! No more muddy boot and most importantly no more muddy clothes from lifting the pushchair into the car, Mud Mate back in its box for next time. Can’t wait to try it again, would definitely recommend for families who don’t want to restrict walks to paths and pavements.”

The baby zen yoyo is a lightweight pushchair which when used with a 0+ pram colour pack can be adapted into a pram. My baby is 4.5 months old so I had the 0+ pram pack and the 6+ seat unit. To set it up as a pram was fairly simple the instruction booklet had lots of pictures to show what to do. Basically there is a little bolt that you flip and the seat backrest turns around becomes the pram bed. Easy to do but you need to use a screwdriver to do it.

It transformed fairly easily, mostly with Velcro straps to secure the fabrics, 0+ comes with a soft fleecy feeling pram liner, the 5 point harness can be threaded through so baby is secure, the matching footmuff again felt lovely and luxurious very snuggly, I would say that the footmuff makes the pram mode look the best, because there is nothing else round the bottom I feel she looked exposed without the footmuff.

Once set up I put my 4.5 month old in it, she’s not a big baby at just 13lb8oz yet she didn’t look comfortable in the pram at all, it looked small, cramped and fairly low down I could see how it would be good for a younger smaller baby, but with no recline or tilt type feature when in pram mode (as with most flat prams) and the fact it was small inside she got frustrated pretty quickly and we didn’t get further than a 10min walk before she was distressed and demanding to be picked up.

Quickly converting the pram back to pushchair mode was easy, once again needing the screwdriver to flick the bolt back and put the backrest the other way again securing the fabrics with Velcro tabs.
In pushchair mode the babyzen yoyo was much more suitable for us. The seat is deep and wide, the hood has extra pull down sun shade which coupled with the deep seat meant great sun protection, you can buy parasols as extras.

The fabrics for the 6+ come in the same colours as the 0+, they feel durable and wiped clean well, all fabrics can be removed easily and machine washed. the seat was padded and looked comfortable! there is no footmuff included with the 6+ set up although they can be purchased from babyzen. The raincover felt flimsy and it had to look to the picture to see how it fitted as it’s not very obvious, it attaches over the front of the hood, the hood itself is exposed. The raincover for the 0+ and 6+ come in little black toggle bags to store them and there is a space on the back of the seat unit to put this in. The raincovers are non PVC.
The harness was fiddly to fasten and often looked twisted, it was near impossible to do if my baby was wiggling about too much. It felt secure when fastened and was easily adjusted.

The backrest reclined although I could never get it far enough back / flat enough to make my daughter look comfortable when she was asleep, I think a headhugger would be a good addition and would have helped, I assume it’s just as she was too big for the 0+ but technically too small for the 6+ we couldn’t get the balance right for sleeping.

The yoyo is a very light nippy pushchair and I was very impressed with how smooth it handled for such a slim light pram, it felt sturdy and pushed very well on hard flat surfaces, except for where the pavements were sloped the pushchair did feel as though it was leaning / tilting with the slope.

The wheels were a good size and handled pavements best but managed gravel, grass and playgrounds (woodchip). It steers very well one handed too. The brake was effective and easy to use. The handlebar was curved and slim with nice padded thick foam it was comfortable to hold and easy to steer, there is no height adjustment on the handlebar but it’s quite high (106cm floor to bar).

I noticed that the wheels didn’t lock but when I checked the website they boast that the pushchair is equipped with an exclusive “soft-drive” system that adapts to the surface so you don’t need locking wheels. I did find the pushchair adapted to differnt surfaces ok but was best on flat surfaces. It handled kerbs and steps well and didn’t buckle like other prams I’ve had. With steps I found I could actually lift the whole pushchair myself without struggling which was fantastic at the shops.

The shopping basket was quite small however this pushchair boasts compactness so I wasn’t expecting a huge basket, it was adequate for short trips but due to the prams weight (or lack of it) I would be reluctant to hang bags from the handlebar which I frequently do with heavier prams. It could fit a medium sized half full changing bag with a blanket stacked on top, according to babyzen the underseat basket of the YOYO is certified for a load of 2kg.

The main feature of this pushchair is the size and ease of fold.
It weighs in at 5.9 kg all included for the 6+, the 0+ is 6,4 kg all included.
It is acceptable hand luggage size for majority of airlines, according to babyzen the Yoyo is the first stroller in the world fully compliant with IATA guidelines for cabin baggage dimensions (56 x 46 x 25 cm) it would have been great if we were flying abroad, last time I had to struggle off the plane with one grumpy 11month old non walker, hand luggage and a vast array of things purchased in the airport to try and stop the 11month old having a meltdown on the plane then walk miles to wait for my pram to come through baggage reclaim after the suitcases. The yoyo can travel as hand luggage meaning you have the pram as soon as you get off the plane which would solve many parents airport nightmares!

It’s also fab in the car as it fits anywhere, for the first time in 3years I put all my shopping in the car boot with the pushchair and room to spare! I have a small car and it easily fit in any foot well.

The yoyo is described by babyzen as a one handed fold pram, it’s much tricker to do than the promotional video shows and took me a while but essentially it can be done and if I had been using the pram for longer I’m certain I would have gotten the knack of it. Folding it two handed is a doddle though – press in the buttons on the handlebar which folds back the handlebar and hood, also noted that the buttons stay in so if you press one it will stay down then you can move onto the other (thus making it easy to do one handed) moving on to the seat unit, reach down underneath to pull the red handle, this will fold the seat unit in. Wheels should be flat for folding otherwise they prevent it folding properly, the yoyo has a carry strap which clips on if you don’t want it but I found it very nifty for getting the train, you literally just sling the pram over your shoulder! There is also included a black toggle carry bag to store the pushchair in.

Retails at around £375 for the chassis and 0+ pack, then add ons of around £28 for 6+ fabrics and£45 for 6+ seat.
Overall it’s a great pushchair for traveling and city lifestyles, it’s neat and compact it folds down very small and is light. It is pretty basic in its features for a pram but fairly standard for a stroller.

The price is quite high for something I would consider to be a pushchair as the pram was useless to me despite my baby being only 4.5 months old I would have been disappointed if I had bought it and found this. So I would not recommend this as a pram unless you were travelling lots. The styling does make it look expensive, the fabrics are bright durable and feel lovely.
As a pushchair I think it’s brilliant, the innovative and clever folding system mean that I could get the train, bus or tube without too much worry about fitting it on or folding it down on my own. Shopping basket was ok for the size of the pushchair but didn’t hold a great deal. It pushed well and the easy manoeuvring and slimness meant I could get anywhere easily although I did worry about how light it was with risk of tipping over. If I was using this in bad weather or very uneven surfaces I would be tempted to add buggy weights to make sure it didn’t tip. I don’t think you could put a buggy board on this either again due to the lack of weight.

I really enjoyed testing this pushchair out, I’m not sure I would pay full price at the moment but once my daughter gets bigger and heavier to push I would reconsider as it was light and easy to use. Thanks to whitestep and PJPartnership  for providing the Babyzen Yoyo product for review. For Stockists www.babyzen.com