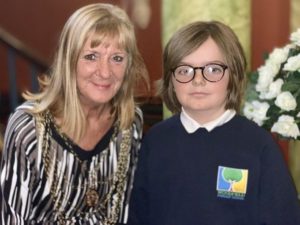 A while ago I posted about Doncaster Council looking for a new Junior Civic Mayor .

Alfie Turton, aged 9 from Woodfield Primary School answered the call and is in post!

Alfie’s written application was shortlisted down to the final 10, at which point applicants were asked to send in a short video of themselves explaning why they would like to be Junior Civic Mayor and why they felt that they would be good at it. 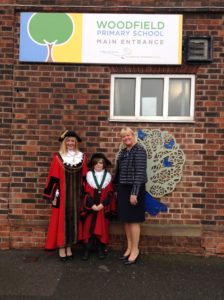 Alfie at his Robing Ceremony

Alfie’s video stood out because of his ambition to be an advocate for local children and he also showed consideration for the other applicants by wishing them good luck. He will now serve a term of office until August 2020 and will attend events alongside the Civic Mayor, as well as being the face and voice in the borough.