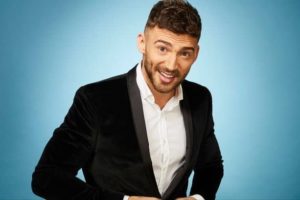 Join local star of the ice, Jake Quickenden, winner of Dancing on Ice 2018, at Doncaster Dome later this month!

The skating show winner from Scunthorpe will join skaters on the rink at Doncaster Dome on 19th January between 2pm-4pm.

If you’re one of the thousands of people watching Dancing on Ice this year and you’re inspired to try out skating, the Dome has the only split level ice rink in the UK and it’s perfect for any age or ability.

Jake won the tenth series of Dancing on Ice when he partnered professional German figure skater Vanessa Bauer. He has also appeared on TV screens as a contestant on the ninth and eleventh series of The X Factor in 2012 and 2014 and was a runner-up in series 14 of I’m a Celebrity…Get Me Out of Here.

During the special ice skating session, Jake will be making appearances on the ice as well as being available for photos and autographs off the ice.

If you’re considering a trip with your family to The Dome, see our Mumbler Review here.