Back the Bid RLWC 2021 Doncaster

The Rugby League World Cup has been the pinnacle of International Rugby League since 1954. Now contested every four years, with a series of qualification tournaments leading up to it, the host country in 2021 is England and Doncaster, yes our Doncaster, is bidding for its share of the action at the home of Doncaster Rugby League Club – The Keepmoat Stadium!

The host city/town is due to be announced in early 2019 and we sit alongside London, Manchester, Threemilestone, Newcastle, Sheffield, Liverpool, Coventry, Hull, Wigan, Huddersfield, Leeds. St Helens and Warrington as contenders.

The team behind Doncaster’s Rugby League World Cup bid, which includes Club Doncaster, Doncaster Council, Business Doncaster and Visit Doncaster worked together to ensure that a comprehensive bid and marketing campaign was submitted and they announced that we proceeded to the candidate stage of the process in August 2018.

So, what does this mean for us?

Personally I think it would be amazing for our home town to host this kind of event! This is a major event and will mean that my children can enjoy the atmosphere of world class sport live, plus see the town in which they live on the television! How great would that be?

We have such a lot happening in Doncaster right now, with the development of new restaurants at Herten Triangle near the Vue Cinema, plus the £50m expansion of the Yorkshire Wildlife Park, which we are so fortunate to have on our doorstep.

We have a lot to be proud of and as well as bringing people to Doncaster, spending money in our shops, town centre and hotels, at a basic level I think that it will be really inspirational for our children in terms of getting them active! My children play rugby with Rugbytots Doncaster and they are behind the campaign, but sport is sport and when I met with the lovely people at Mini Kicks, they are providing their support for the campaign too (after all, it doesn’t matter what shape the ball is…let’s get active!). Other activity providers such as Puddle Ducks Doncaster and Water Babies are behind the campaign as it’s about getting children healthy and interested in sport, who cares if it’s not in the water!

I’d love to see everyone supporting the campaign, so be sure to use #backthebid on social media and let’s do our bit to help bring this brilliant sporting event to our town! 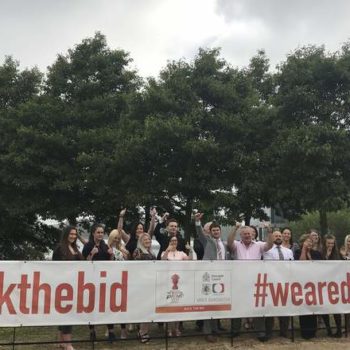 Doncaster Chamber back the bid 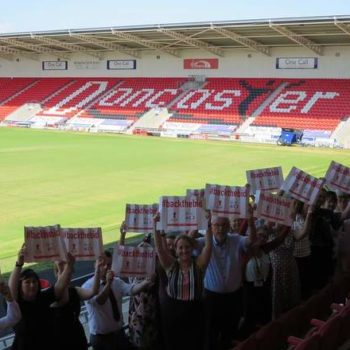 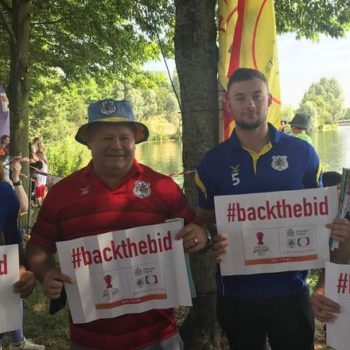 Don's Players back the bid

Find out more about RLWC2021